Prevent tick bites and get rid of ticks

Season: Adult ticks are most active from March to mid-May, and from mid-August to November. However, they can be active any time the temperature is above freezing. During cold months, ticks take shelter in leaf litter and lay dormant until spring except for adult deer ticks (black-legged ticks) can stay active year-round.

Disease profile: Ticks carry Lyme disease, their bites can cause encephalitis, tick paralysis, and typhus. According to the Centers for Disease Control and Prevention, roughly 300,000 Americans are diagnosed with Lyme disease each year, making it the most commonly reported vector-borne illness in the country and is especially prevalent in New England. Very serious business.

Appearance: Deer ticks, like other ticks, have flat bodies, and as adults and nymphs have eight legs (they have six legs in the larval stage). An unfed adult female black-legged tick is about three to five millimeters long and red and brown in color. Male deer ticks are orange or brown. Nymphs are about the size of a pinhead, and larvae are even smaller, about the size of a poppy seed. After they’ve eaten blood from a host, a tick will look darker and can as much as double in size.

Signs of ticks: Tick bites are often painless, so the first sign of a tick bite is redness around the bite or the appearance of the tick itself after the tiny vampire has eaten enough blood to expand in size. Because of their small size, ticks are difficult to spot outside, so we recommend taking precautions before spending time outdoors. 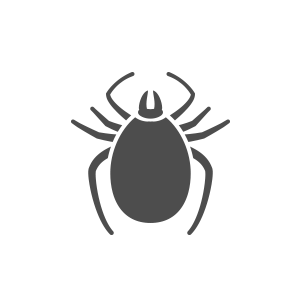 Ticks are active and will feed on blood throughout all stages of their two-year life cycle. Female deer ticks die after laying eggs – up to 3,000 of them – and from those eggs emerge larvae. The larvae feed on a host for several days before shedding their skin and becoming nymphs. After nymphs feed, they molt again and enter the adult stage. Earlier stage ticks prefer smaller hosts such as mice, while adults prefer larger animals, like deer, livestock, and humans. Ticks pick up diseases in earlier stages and typically transmit them to human hosts as nymphs and adults.

Named deer ticks because they often feed on white-tailed deer, they are common to the eastern U.S. They also are known to feed on certain species of mice, another host with the capability of passing on Lyme disease-causing bacteria.

“What kind of ticks cause Lyme disease?”

The leading vector of Lyme disease is the deer tick or black-legged tick that attaches themselves to field mice, dogs, deer, or humans.

“How can I protect myself from ticks?”

You can keep yourself and your family safe from ticks by having a pest control professional treat your property, and use approved repellent whenever you go outside. Wear long pants and long-sleeved shirts when in the woods or near brush, and have your pets preventatively treated by your veterinarian. And don’t forget to check yourself for ticks, especially before going back inside.

Are ticks bugging you? Ask about our tick and mosquito BOGO! 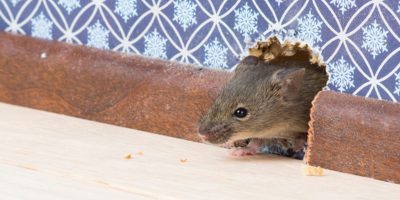 Late Night Noises from Mice Keeping You Up? - Do you hear rustling noises within the walls at night? Have you discovered that some wiring or flexible plumbing hoses… … Read More » 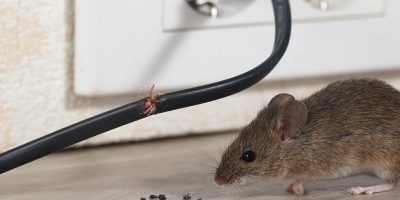 New Hampshire Winters Increase Mice Infestations - Mice infestations in the winter are common Winter is in full effect and as the temperatures drop, reports of mice… … Read More » 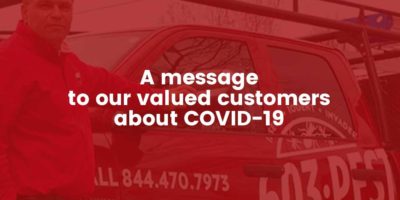 A message to our valued customers about COVID-19 - With the great concern over the spread of the coronavirus (COVID-19), we wanted to assure you that we take safety very seriously. Here's a highlight of safety procedures. … Read More »
Back to top »